We were so honored to have Albert Handell at our home on Campobello Island, NB for a roasted organic vegetable dinner harvested from our garden last night.  Albert is known worldwide for pastel and oil painting and among other honors he was elected by the The Pastel Society of America into the Pastel Hall of Fame, making him one of three living artists so honored at the time he was selected.  Here is a wonderful video interview recently conducted with him: http://www.youtube.com/watch?v=-GlRCJa_S_0  We are facilitating a workshop for him in Lubec, Maine.  We got a very respectable number of students for a tiny town:  15!

In the meantime, I created a few kaleidoscopes from a photo of yesterday's seasonal plant change:  our fireweed went to fluff! 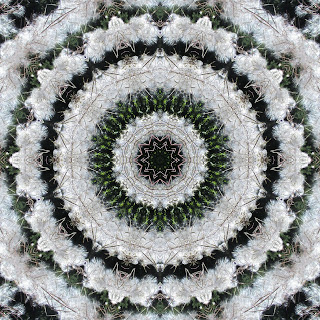 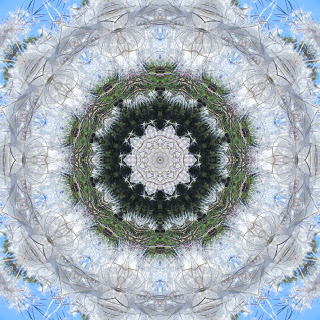 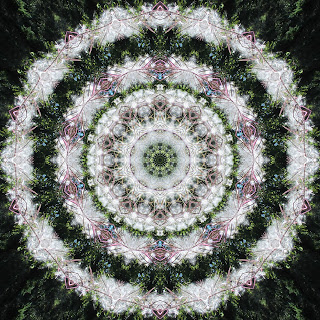 Posted by artistinthewild at 10:21 AM No comments:

It's hard to believe but the season in Lubec, Maine and Campobello Island is beginning to draw to an end.  The flowers are beginning to fade, even the fire weed is losing it's bloom which is very, very early.  The days are shortening and there is sometimes an early morning chill that feels like September.  Michael and I are busy preparing for our first joint show which is titled the Geometry of Nature:  Two Visions which will be held August 14th to September 3rd at the Mulholland Market Gallery which is part of Lubec Landmarks, a local non profit trying to preserve the smokehouses which are part of Lubec's heritage.  After that we will end our season on Campobello Island and Lubec.  During our show in Lubec, we will not have the Artists Retreat Studios and Gallery open so I can do some necessary outdoor painting on our Campobello Island home.

The Two Stop Studio Tour will be our end of the season grand finale.  On September 7th we will open both Friar's Bay Studio Gallery and the Artists Retreat Studios & Gallery for our final sales days of the season.  This will replace the Two Countries, One Bay Studio Tour which we used to do in September.  Next year we will begin another studio tour without the assistance of the Tides Institute since they are no longer promoting studio tours.  That studio tour will be called the Quoddy Artists Studio Tour.

We have been very busy lately, but we took time out before Michael's class the other morning to enjoy a sunrise over Roosevelt's dock.  There were so many colors in the sky that I just had to take a photo and make a few kaleidoscopes from that photo! 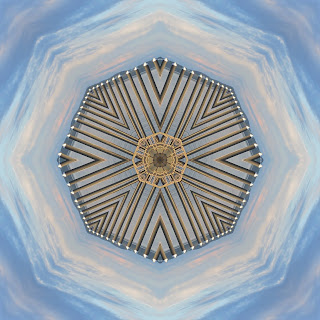 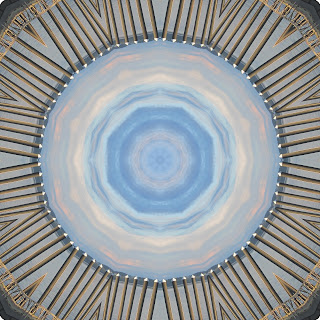 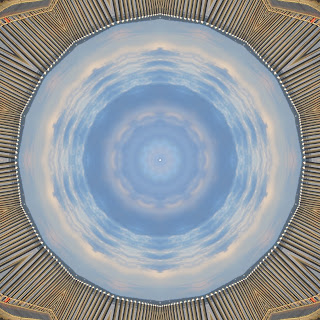 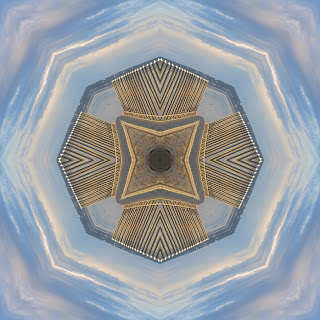 Posted by artistinthewild at 1:17 PM No comments:

This week Michael Chesley Johnson and I are hanging a show which runs until September 3rd at the Mulholland Market Gallery in Lubec, Maine.  I took some photos of my fabric pieces which will be in the show, but am not satisfied with the photographs.  However, for those of you who cannot attend in person, you can vicariously see poor reproductions of the originals which I photographed on my kitchen floor!  I also have a selection of metal prints and photographs on paper, but the images below are made entirely of fabric. 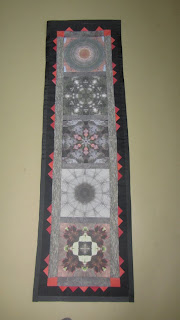 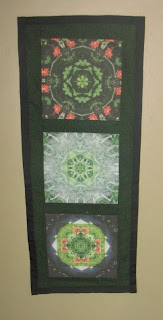 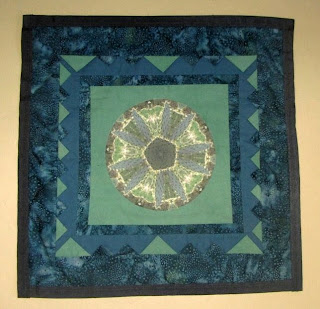 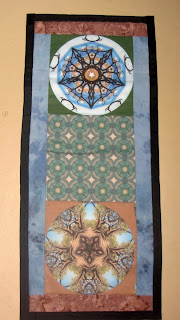 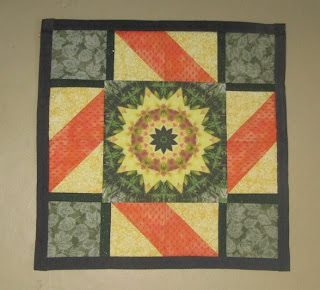 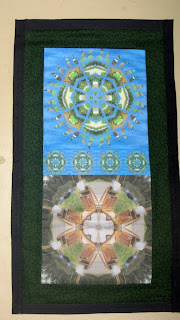 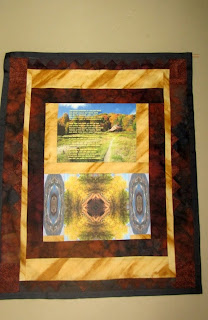 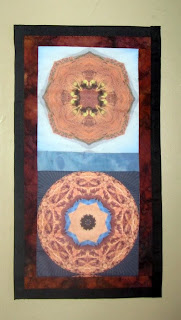 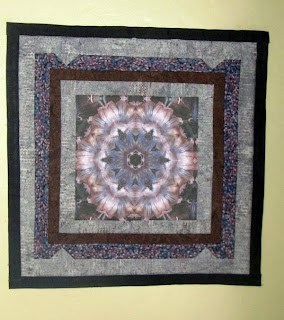 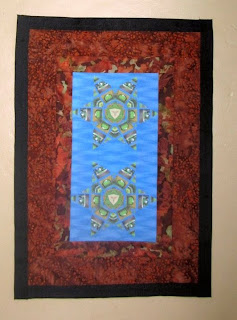 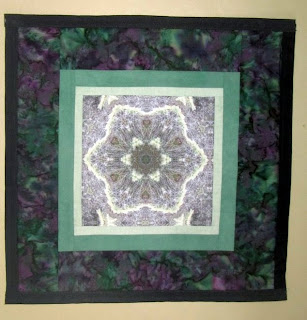 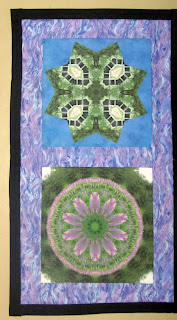 Michael is including 21 paintings, mostly ones done this season, including a first showing of his natural divider diptychs.

Every week here in the Maritimes some plant in my garden is at it's peak bloom.  My smokebush is still amazing and everyone who comes to our Gallery seems to take a picture of it.  My parents next door plant beds of different color daylillies and they are at their peak this week.  I am working hard on finishing my preparations for our show at the Mulholland Market Gallery beginning August 14th.

So without further ado, this weeks images are: 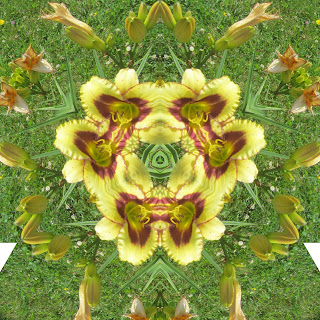 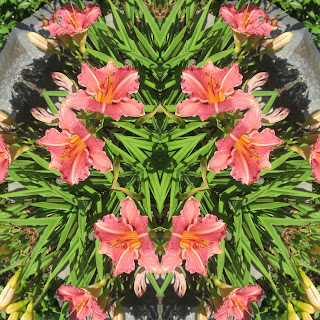 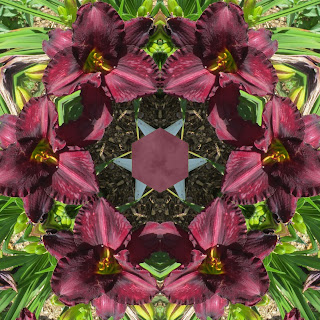 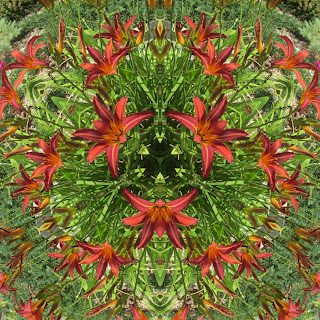 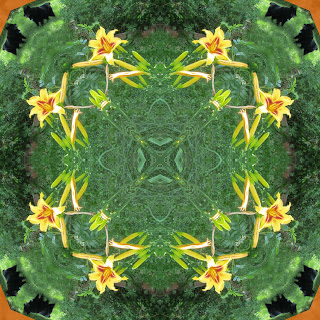 Posted by artistinthewild at 12:44 PM No comments: