We have spent quite a few years as seasonal residents of Red Rock Country and the Verde Valley where we enjoy a mild winter and beautiful natural areas. However, the past few years have seen an upsetting increased amount of jeeps, air traffic like helicopters, fast out of control mountain bikers, and ATV's in our national forest making it much more difficult to enjoy as hikers.

Yesterday we treated ourselves to an expensive hike in Red Rock State Park. It now costs $14 to enter each time for 2 people($7 per person as of January 1, 2016). This is supposed to be the "environmental park" in the area for wildlife and no dogs or motorized vehicles are allowed past the environmental center.

From the web site it states that "The mission of the park is to preserve the riparian habitat associated with Oak Creek; to serve as an environmental education facility; and to provide limited passive recreational opportunities, including birdwatching...." We were totally horrified to see what had happened to the park in the past year. There were quite a few places where people had definitely been making their own trails and there was horrible graffiti on some of the most beautiful sycamore trees done with a knife or in one case a pencil. The graffiti was dated '15 just to make sure we knew it was done this past year.... It made me sick and I wondered who would come into a park and deface trees like that. Is this part of the selfie generation's need to make their mark on everything...? Couldn't they just take a picture of the tree and do virtual graffiti using photoshop rather than wreck the tree forever for everyone else. 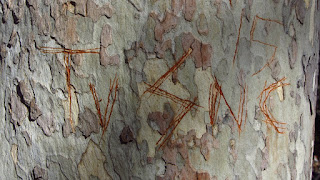 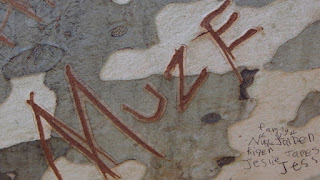 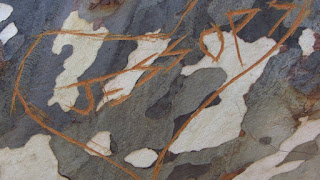 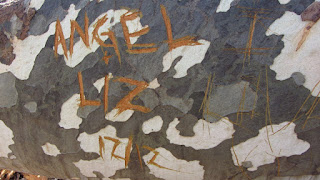 Thankfully the cottonwood trees seem to be unscathed since they have bark that does not yield to graffiti as easily. 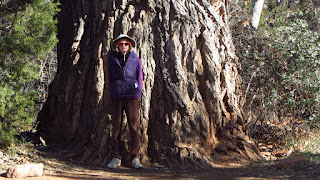 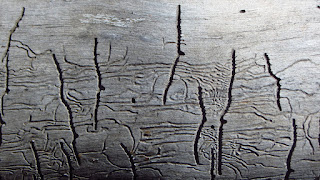 kaleidoscopes done of above image 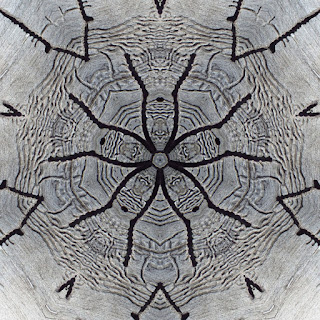 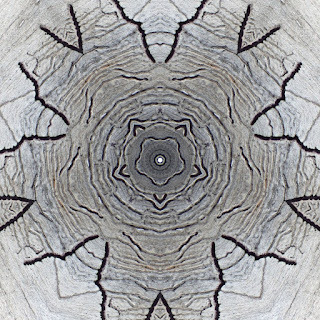 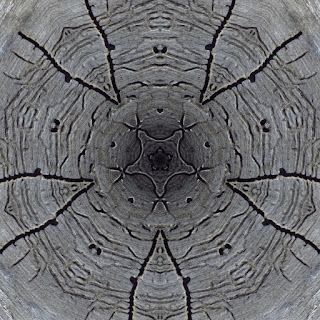 Some kaleidoscopes of unscathed sycamore bark... 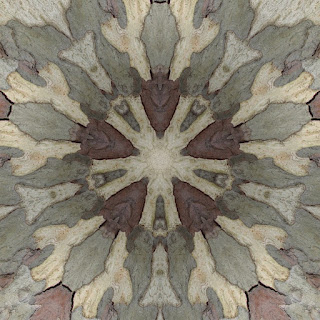 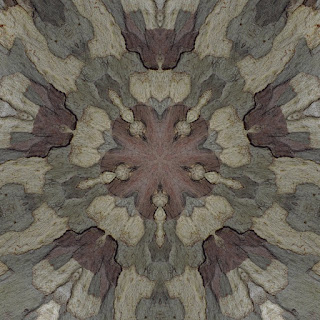 original bark image below with its amazing colors 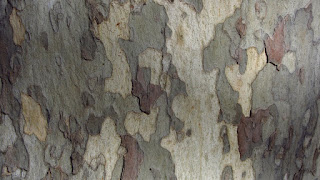 Posted by artistinthewild at 2:28 PM No comments: